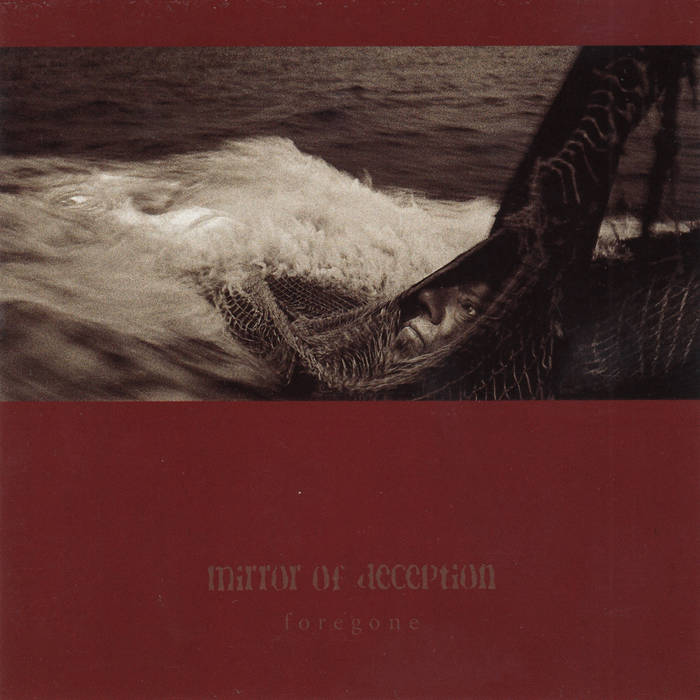 "Its hard to believe that a genre that is so often accused of being narrow and copycat could produce any bands of original vision at all, but Germany's Mirror of Deception is one of them. The band is one of the longer-running doom groups, together now nearly 15 years (though with several line-up changes), but surprisingly producing only two full-length efforts, this being the second. They've also produced a number of demos and minis, and it's all paid off; you're not likely to hear any old-school style doom band that sounds quite like Mirror Of Deception.

MoD. has a doomed maturity and refinement that can only come with age. With 'Foregone' they've trod further down the path that they began on the fantastic 'Conversion' EP; a smoother, darker, more minimal sound using only a single vocalist, rather than the twin-singer attack of their debut full-length 'Mirrorsoil'. You'll hear different doomed shades on this journey, from veteran epic doomsters like Solstice to newbies like Doomshine, taking long stops with Solitude Aeturnus, VoodooShock, and Revelation along the way. There's a smooth, bleak, epic quality to Mirror of Deception that lovers of these groups will cleave to in a big way. The tuneage is melodic and mid-paced, with a strong emphasis on ensemble playing rather than soloing. What they really excel at is creating their own hermetic world where doom holds sway, all the way down to the CD packaging itself, which is directly connected to the desolate, powerful music within. The lyrics are ambiguous, metaphorical, and above all honest. Combine that with the sledgehammer strength of trad doom at its best, Guiness-creamy guitar tone, and an emotional metropolis centred on heavy despair, and you'll realize these threnodies have created an unorthodox, miserable parallel world that paradoxically lifts the listener on dark clouds of identification and joy.

Yes, joy. It is perhaps the most interesting paradox of the doom genre that a music that is so bleak and hopeless could thrill the soul with such rare beauty, and yet its been proven over and over. This is not in any way goth however, though there is an element of romance to this music. This is riffing doom from the lineage of Father 'Sabbath, developed over time into something unique. 'Foregone' is Mirror of Deception's heaviest, darkest effort yet. And their best."
(Kevin McHugh)