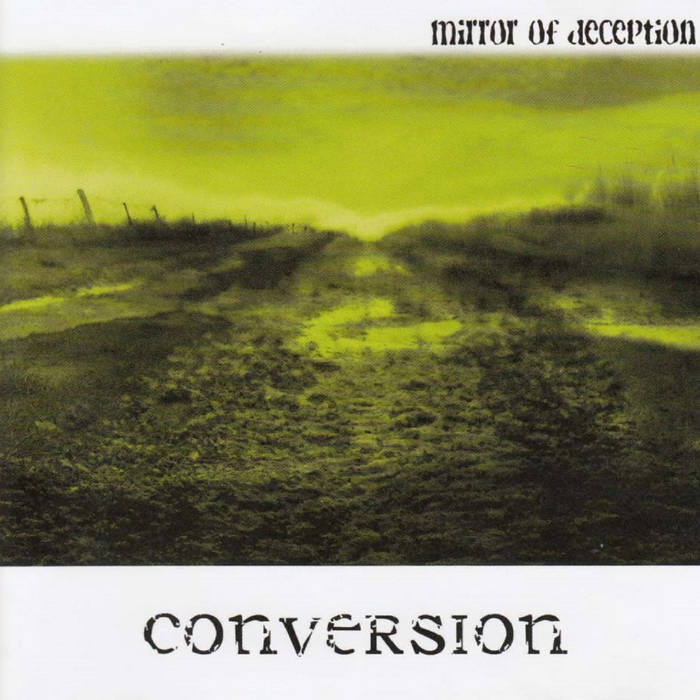 "After the departure of vocalist Markus Baumhauer, this is the first sonic sign of life of the German-based band MIRROR OF DECEPTION, this time on the Miskatonic Foundation label. Guitarist Michael Sifferman is now doing all the singing, and for me, it's a step forward in progression of their sound. The entire songwriting is more matured and the songs are more remarkable. But apart of this, I like "Conversion" a little bit more as the full-length "Mirrorsoil". "Distant" knows to please with an emotional and hymne-like melody and with "Engleiten", MoD have again included a track with German lyrics. The sound is still pathetic and melodic Epic Power Doom Metal, with a dreamy touch. Once again, I would file them next to Count Raven, Solstice (UK) or Candlemass.

For me, outstanding songs are the dark "Vanished", with its Sisters Of Mercy-like parts, but it doesn't mutate into a Goth-Rock song. To my surprise, the cd-player shows six songs, what means that there's a hidden track on "Conversion". I think, the production could have been thicker and louder, but apart of this, "Conversion" is the strongest release in the career of the band, and if you want to start with MoD, buy this!" (KK)